We have not faced each other for seven long years, and the letters to you, these one–way letters, are growing farther and farther apart. This letter is special, since it is designed to be read by others, unlike the previous letters.
On the 16th of June, your birthday had passed very quietly, without a cake, without balloons and without a present. As usual, your mother and I visited your grave, actually, the last place on earth where you were expected to be. You would be 29– years– old by now if only… if only… It is maddening to think what could and should have been if only… Time after time I return to that terrible day –– the 12th of April 1999, on the eve of the Holocaust Remembrance Day. You were to become a free citizen within five days, at the end of your army service. The end of the Lebanese nightmare.
Before you left the house, your mother gave you the Four Mothers’ badge ––– To Leave Lebanon in Peace––. We are a rational family and yet gave you a sort of good–luck charm, carrying a prayer to accompany you, even though you said you weren’t entering Lebanon this time. After your death we got the whole picture.
You entered Lebanon from your sense of duty towards your comrades. You did not want to be left with a debt. The burden had to be split equally. At least within the unit. You didn’t believe it was necessary to be in Lebanon. You made this very clear to your commanders when you stood on your right to wear the badge before going on your last mission; your right to demonstrate your opinion, despite the rules. And the commanders yielded because…? Would they have given you up? The most experienced fighter in the unit? Let him demonstrate if he wants to! And so, you led your force to the foot of the Beaufort, professionally and carefully. The fact is that they were not hit. No one was wounded except you. Several days later, your commanders returned the badge, which they had removed from your uniform, soaked with your blood; and the broken camera you had on you, the one I had given you before your last mission, to document the last week of your army service.  With this image of you, your young undaunted, vibrant, wise and smiling face, the intellectual who protested his love for peace, we approached the public. First we were alone, and later with the Parents Circle. We set out to prove, strange that we should have to, because it isn’t obvious to too many people, that the sanctity of life is not an empty phrase. We said: imagine what was interrupted by Noam’s death, how much potential was not realized. Multiply this by the hundreds and thousands of more lives that were cut short because the leaders of both sides lack the imagination, courage, daring, vision and responsibility to end this insane conflict. For me you have become a symbol, a flag, in this never–ending struggle for peace. I talk about you, write about you and draw you. I don’t forget you for a moment. I try to bring others to identify with your image and my pain, to stir them from apathy to empathy.
Your image not only sparked those close to you, the last fallen soldier in the 50th year of the State of Israel. Following your death, under the heading ‘The fallen soldier number 18,939’, Sylvie Keshet wrote in her column in Yedioth Ahronoth:”As time goes by, the heart bleeds and anger increases in the face of the tragic policies and insensitivity which led to the folly of several unnecessary wars: the Sinai War, which was imperialistic, theYom Kippur War, which could have been prevented if not for Golda and Galili and Moshe Dayan’s policy that it is better to have Sharm–el–Sheikh without peace than peace without Sharm–el–Sheikh. And the stupidest and longest war in our history, the War of Lebanon. Without belittling the memory of the thousands of fallen, the mind rests on the 18,939th fallen soldier, Noam Barnea, in all the splendor of his youthful radiance who was killed with the badge ‘To Leave Lebanon in Peace’ on the lapel of his military shirt.”
The film ‘Beaufort’, which is based on a book by another newspaper man, Ron Leshem, (‘If there is a Paradise’), is currently being filmed and it is dedicated to you and another soldier, Zachi Itach, who fell on the same cursed mountain, the Beaufort. Ron Leshem wove your story into his book, based on what he was excitedly told about you by a fellow soldier who met you during your last days. He had accompanied you in the battle from which you did not return. It is astounding how you captured the hearts of soldiers who knew you only for a short while, and who felt you had a great influence on them during their service in the military.
It now seems that all that we experienced and learnt during that stupid war, the war of Lebanon, has been completely forgotten. Once again there are trumpets of war and again the primitive idea that power will overcome all. Again human lives are being sacrificed with intolerable ease!
So you see, my son, our mutual struggle is not yet over! I’ll return to you time and again for the spiritual strength I draw from you. 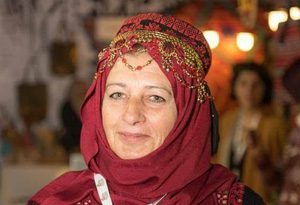