My name is Yaacov, I was born in Poland in 1935 to Hava and Simcha Gutterman. We lived in Plock, a beautiful historic city where a third of the inhabitants were Jews. At the outbreak of WWII I was 4 years old. My parents and I endured imprisonment in the ghetto, deportation to the Soldau concentration camp and trials and tribulations on our wanderings from town to town. My father risked his life to document this time in Yiddish on long pieces of paper which he hid in bottles and then in basements. Dozens of years after the war one of the bottles was found and its contents made public. To date, the book “Leaves from the Fire” has been published in seven languages.
In order to survive, my parents converted their identity and mine, obtained fake IDs and taught me to recite Christian prayers in Polish. This happened in 1942, when the Germans started exterminating the masses of Jews in the gas chambers.
Now began the torturous wandering and the threats of our Polish neighbors who found us in our hiding places to give us over to the Germans. Often death lurked around every corner. During some of those years we lived together, during some I only lived with my mother and during the last year of the war I was separated from my parents. That year I worked as a cow herder for a family of farmers in the village of Zabady, outside Lowicz. I was nine at the time. I feared the fate of my parents who remained in terror stricken Warsaw.
My father, a member of the Polish A.K. underground movement, welcomed the Warsaw uprising in 1944. He quickly joined the fighters and died on the first day of the revolt. At the end of the war I was 10 years old.
My mother remarried and when I was 15, my mother, my stepfather Shlomo Gazbin and I immigrated to Israel. Adapting was extremely difficult; we lived in transit camps, in tents in Haifa, Ramat Yishai and Acre.
Seven years after our arrival in Israel my mother died of cancer. She didn’t witness my marriage to Ruti, whom I fell in love with during my military service.
Ruti and I had two wonderful boys, Raz and Tal. I saw in them the fulfillment of all my dreams and deep down in my heart, as links in the tormented chain of generations of Jews. Filled with profound emotion I reflected on my paternal grandfather, Reb Menachem Mendel Gutterman from Radzymin, the Orthodox Chassid, on our large family that was exterminated in Treblinka and my father who died a hero’s death on the Warsaw barricades.
At 29 Ruti died of cancer, despite our desperate efforts. Raz was 4 at the time, Tal was 6 months old.
One year after her tragic death we left Hadera and moved to Kibbutz HaOgen. Raz, a handsome boy with a captivating personality, adapted very well and was popular among his peers. He was a gifted runner who won the national high school championship in field running and represented Israel in the European championship in Barcelona.
Upon his enlistment to the IDF, though he was far from militant, Raz went to great lengths to serve in one of the elite combat units. He was driven by his desire to contribute of his vast capabilities and to serve with “the good guys.” His was a long, grueling service in the Golani combat unit and just a few days before his discharge the Israeli government declared the fraudulent war in Lebanon. The first night of the war, June 6, 1982, saw the heroic battle of the Beaufort, a battle in which Raz and five of his soldier buddies were killed.
Two weeks after Raz’ death I sent a letter to Begin, Sharon and Raful, the instigators of this sinful war, in which I accused them of cynical exploitation of our sons’ love of country and of their murder on the altar of their dark nationalistic objectives.
I was among the first to join the forum of Israeli-Palestinian Bereaved Families for Peace and am active therein with a profound sense of identification with its cause.
I believe that only the end of the occupation and the establishment of two states for two nations living in peace and cooperation can end the insane cycle of bloodshed and create hope for a future without killing and bereavement. 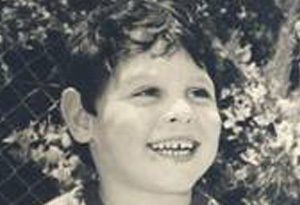 Robi Damelin - "A Chain of Change"

I came to Israel from South Africa in 1967; I came as a volunteer after 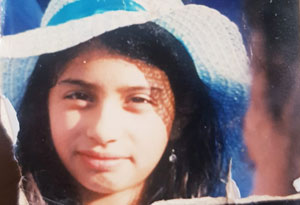