My name is Yusuf Ibrahim Shatat, I work as a nurse in the Palestinian health ministry and live in Beit Ummar in the Hebron Governorate. Recently I have become a member in the Beit Ummar municipality.

Before the year 2000 I lived with my wife and daughters and sons with love and compassion and I worked in the hospital in Bethlehem.

At the beginning of the Second Intifada, on June 2, 2000, my daughter Irine who was 12, was in a car accident in the village. It was the last day of school. She had her report card in hand and she was very happy. During the ride home she was in a car accident and required urgent hospitalization.

That cursed day I was working in the hospital and my eldest daughter informed me that soldiers are surrounding the village and preventing entry to the ambulance to tend to my daughter. The village was closed off in all directions.

I rushed to the village like a madman and unfortunately Arab vehicles were prohibited from traveling the main road. I got to the village two hours later on foot and when I arrived, my daughter was in the village clinic where there were no medical devices. I looked at my daughter and I was hysterical. I couldn’t do a thing as she looked at me with reproach, begging for help.

I went to the military barrier at the village entrance and begged the soldiers to let the ambulance in and save my daughter, but they didn’t listen to me, aimed their weapons and told me to walk away or they’ll open fire.

I went back home crying and helpless, I was aching, I was in agony. I can’t forget that day. A few hours later the ambulance entered through a remote, precarious route, but it was too late. My daughter died before my eyes and I couldn’t do anything for her.

This painful incident left me with a sharp pain that I can’t describe. I swore to myself that I would remain the same man I was, as I promised Allah when I graduated from university, going on to be an honest, trustworthy man to those in need, be they Muslim, Christian or Jew.

A few years after I lost my daughter, I came upon the Forum of Israeli-Palestinian Bereaved Families for Peace and joined the Historic Narrative project that the Forum organizes with Israeli and Palestinian doctors. I told my personal story, shared our pain after my daughter died and heard the other side and the pain that both nations deal with as a result of the ongoing conflict.

Then I joined the Forum of Bereaved Families fighting the Occupation, demanding Palestinian independence and the cessation of bloodshed and killing among both nations through dialogue, reconciliation and peace. 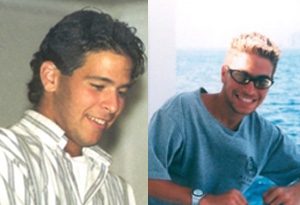 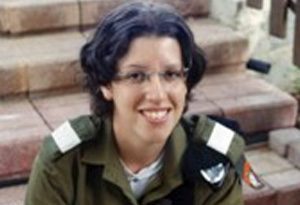