In the name of the merciful Allah

I am Yusra Abd al-Aziz Mahfoud. My family was originally from Kfar Yazur (Azor), near Jaffa, which was displaced in 1948, and I was born in 1961 in Nablus and grew up there. I knew my husband Muhammad Mahfoud, originally from the village Iraq al- Manshiyya near Gaza, which is now called Kiryat Gat. In 1948, the villagers were displaced and moved to al-‘Arub refugee camp, in the Hebron district.

Our eldest son, Alaa, was born in 1986 in the Al Aruve refugee camp. He was loved by everyone, excelled in his studies, and was always devoted to helping his family. On October 6, 2000, the awful day came. It was Friday. Alaa, who loved his homeland and belonged to the Fatah movement, wanted to go to a procession then held in memory of Muhammad al-Dura, but his father had severe feelings that day and he decided not to go to Friday prayers so that Alaa would not attend the procession. He thought that fear and caution would prevent a terrible blow from heaven.    But Alaa insisted. He slipped out of the house, climbed from roof to roof and reached the procession area, where he participated in clashes with the Israeli army, which for years had laid siege to the camp. When he got home we all went out on the porch to have a cup of tea, chat, and calm our spirits.

As we sat on the porch we heard shouts from the street, and before I could understand what was happening, I saw the cup of tea that was in Alaa’s hand shattering, and blood began to splash all over. At the sound of our shouting the young men who were in the street came in and rushed Alla to the hospital in Hebron, but the soldiers delayed the ambulance from going to the hospital, and during this precious time my son continued to lose blood.

My son sustained a mortal injury and needed medical attention he could not get in Hebron.   He was sent to a hospital in Saudi Arabia, where he stayed in intensive care for 16 days, until Allah decided to take him to him. Alaa’s father did not want him to be buried there, and returned him to me. Alaa was buried at his birthplace, in al-‘Aru refugee camp.

Sadness and grief filled our home. As if that wasn’t enough, one night, soldiers came to our house and arrested my husband. My husband was in the Israeli prison for a year, and we were also fined. After his release, my husband became ill with cancer. Our lives became unbearable.

But despite all the difficulties I have experienced, I am facing you today with a message of hope.

In the first days after the tragedy that struck me, I had a great need to take revenge, to do something to cool the fire that burns inside me, and I didn’t know what to do with it. One day, people from the Israeli-Palestinian Bereaved Families Forum came to us and told us about the forum. At first, I rejected any possibility of sitting face-to-face with the enemy who murdered my son, but slowly, over time, I began to participate, became an active member of the forum, and I got to know people who are in my situation, Israelis and Palestinians. Meeting with bereaved parents on the other side taught me that their pain is the same as my pain, and the desire for revenge is the understanding that it is better to work for peace, not for the sake of violence.

Today I am active in the forum, meeting people and telling everyone my story, and this brings the hearts together.

I address the Israeli mothers who are watching me now and tell them that bereavement is the same bereavement and pain is the same pain. Today, more than ever we see how important it is to work together. Let’s educate our children to avoid violence and to work for peace – and so we end the bloodshed!

May we all live in peace. 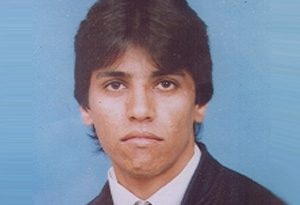 A disaster can strike your nation, your state, or even the house of your next door neighbor 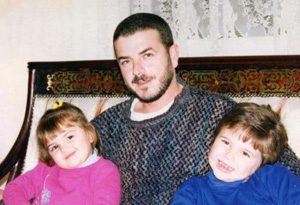