My name is Eyad Sabarneh. I live in Beit Ummar in the Hebron Governorate. I am 43 years old, a father to three children.

When I think back on my childhood, I remember only protests and clashes with the Occupation army, curfews, arrests, gas grenades, cherry bombs and the intense fear of a boy not yet 13 years old. Even as a child I realized that my life as a Palestinian boy is not normal. I gradually began to grasp the meaning of the word “Intifada” and the significance of a people rising up to achieve its freedom.

My brother Amad left home and went to the village center. While standing there with the protestors, one of the Occupation soldiers opened fire and struck my brother. Amad sustained three bullets to the heart and collapsed on the ground.

Meanwhile, I was home with my family and when we heard the gun shots, my father went to the door, as if sensing that something awful had happened to Amad. Standing outside the house, a young woman walked by and my father asked her if anyone was hurt. She said “Yes. They say there is a ‘Shahid’ by the name of Amad Sabarneh”. She didn’t know that the man in front of her was the father of this young man.

We went to the hospital right away and when we arrived we learned that there were many casualties. When we asked about Amad and the doctor realized that the person asking is Amad’s father, he replied that sadly Amad was killed.

At the time I didn’t understand what’s going on and I thought I was in a dream, but sadly it was the painful reality.

Amad was an amiable person, loved by his family and friends. He got married just 20 days before his death. Amad left us and with him all the beautiful things; the laughter in our family, and all I saw were my mother’s tears and my father’s sadness.

The years went by and I grew up with hatred, anger and the desire to exact revenge on the Occupation and the Israeli people.

One day I heard my father saying he wants to join the Forum of Israeli-Palestinian Bereaved Families for Peace. I was against it but my father knew what he was doing. He asked me to attend one of the encounters with the Forum members and I said: “You want me to talk to the people that killed my brother”?

After a lot of hesitation, I went and when I got there, I was surprised by the stories I heard about the losses on both sides. It was in that encounter that I realized that the pain of loss is difficult for everyone and that there are people on the Israeli side that want us to co-exist in peace.

Today I am a member of the Forum of Israeli-Palestinian Bereaved Families for Peace and am doing my utmost to convey the Forum’s message to as big an audience as possible on both sides. I know that the only way to end the Occupation is to acknowledge the other and achieve reconciliation and peace.

There is a sentence I always say: “Let’s live in peace so we will die in peace.” 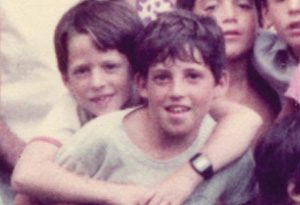 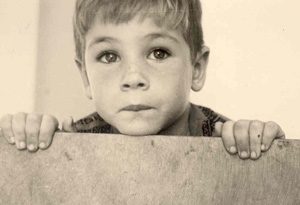